Quick Intelligence were long standing partners of Industrial Codebox and re-sellers of their QVSource product. At Qonnections this year it was announced that ICB were being purchased by Qlik. This month QVSource re-launched under the name Qlik Web Connectors, with a number of free ‘Standard’ connectors. In this post I look at some of what you can do with this product without licencing premium connectors.

With the purchase and re-branding of QVSource there were bound to be some changes. Those of you familiar with the product will be pleased to hear that the functionality of the product remains the same, and the UI is very much like when I blogged about it on the release of the web version of QVSource. If you are not yet familiar with the product, this use case given in this post about connecting to a secure intranet page with QVSource should give you a good feel for why you may need this product.

So, where do the changes lie in the new version?

One of the neat features of QVSource, as it was, was that when you purchased any connector you got a number of extra connectors included and you also got the ability to test any beta connectors that were in development. The result of the move to Qlik is both good and bad, to give the bad news first – the beta connectors have been removed and at present it is not possible to get access to them. Hopefully this will change in future, perhaps with some closed NDA betas. Moving swiftly to the good news though, there is an expanded list of ‘Standard’ connectors, and these are available at no cost. Simply download the product from Qlik’s download site (here) and you can start using the Standard connectors straight away for free. 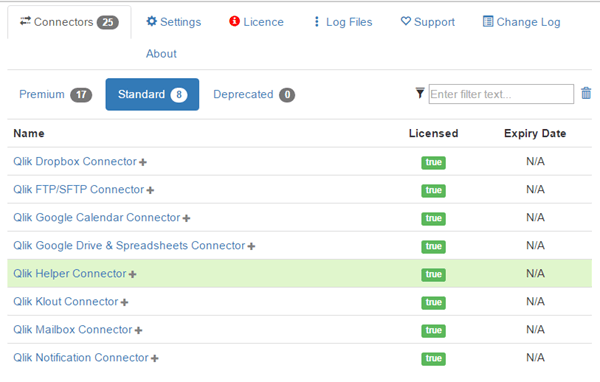 The rest of the post is focused on these Standard connectors, and what you can do with them.

One of the frustrations I have had with Qlik Sense is that the QMC does not have the ability to send alerts on failures during reloads. This has been available in QlikView since before I started using it. Alerts are also not available out of the box yet.

It would appear that Qlik have decided to plug this gap by making the Qlik Notification Connector available as a Standard connector within Qlik Web Connectors. During the load script you can now send emails, via SMTP with dynamic content and with attachments. By coupling this with data written using the STORE statement powerful alerting is now possible from the load script, in both QlikView and Qlik Sense. 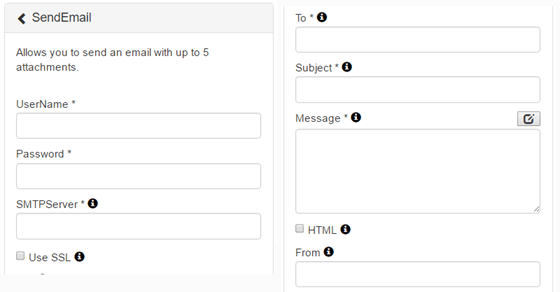 In order to plug the gap of the QMC not sending alerts, an app could be created which parses the load log files and then sends an email listing any failures that have occurred since the last run of the log parser via Qlik Web Connectors. 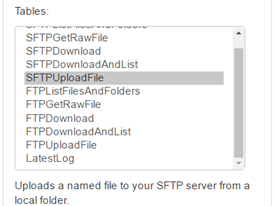 This could be a hugely useful connector in some scenarios, indeed we looked at implementing QVSource at a client purely for this functionality, and it is now included as a Standard connector. Using this connector data can be downloaded from a FTP site prior to it being loaded into QlikView or Qlik Sense, allowing for data to be loaded from even more sources. Data can also be uploaded as part of a load, perhaps shipping a QVD created on one server across to a different server to be used there.

As you would expect, the ability to specify passwords for both FTP and SFTP is present and correct. 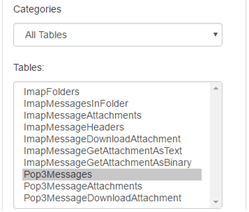 This connector allows you to issue POP3 and IMAP statements and have them run during your Qlik load script. You can download email messages and attachments and pull those into your Qlik application. Whilst it may not be practical or beneficial to load all of your emails into an application for analysis (or perhaps it is?) the connector does open up some opportunities.

There are, of course, many other possibilities of automation using email.

These two connectors allow you to authenticate and interact with two of the most common cloud storage providers. Both of the connectors allow you to download specified files from these providers to a location local to where the script is being run. This means files that have been placed in these secure stores can then be loaded into your QlikView app. Both also allow you to get lists of files in order to enumerate around files.

The DropBox connector also allows you to upload files to DropBox, and the Google Drive connector has some additional options around updating Google Spreadsheets from the load script – which could make it very useful.

This is one of the connectors that here at QI we use to drive our business. To give our consultants a simple way to log time they just enter information into Google Calendar. QlikView then picks up data from each of the calendars, via this connector, and then builds a complete list of what time has been spent and what needs to be billed on the back of it. Each of the components is very simple, but with the different parts working together an elegant solution can be produced.

If you are looking to build a similar app be wary of the way that the data from Google deals with events that span multiple days, as you will need to deal with this in your load script.

As well as the Standard connectors listed above, there are a couple more Standard connectors and a whole host of Premium connectors. These allow you to connect to many different on-line data sources including Google Analytics, Twitter, Facebook, YouTube, Microsoft Dynamics and Google Big Query. The premium connectors are licensed on a subscription basis and are available through the same channels as QlikView and Qlik Sense licences. Contact your Qlik partner or Qlik account manager for more details.

It is worth mentioning that if you are upgrading from QVSource to Qlik Web Connectors you will need to make some adjustments to your load scripts. This is mostly due to the old brand name of QVSource being removed from URLs and connector names. The version numbers on connectors are also being removed, which should make things simply moving forward. The changes required to the load script are documented in the Release notes for Qlik Web Connectors 2.0.0. Note that the subsequent release notes mention more recent changes, but are not as thorough in their description of upgrading from QVSource.

Annoyingly it is still required that you put Qlik Sense into ‘Legacy’ mode in order to use Qlik Web Connectors. The rationale behind this is that Sense has a library of connections which are managed and governed. The web connectors however tend to be most useful when parameters are passed into the URL. This is not allowed in Qlik Sense by default. Changes to settings are presently required to enable this functionality, but hopefully now it is a Qlik product something will change in Sense to allow this type of load to happen by default. The setting change is documented on the Qlik Web Connectors Help.

At Quick Intelligence we were big fans of QVSource and the work that Chris and Darren had done putting it all together (not to mention the legendary support). It is great to see the product is still in good health (even if it does have a new name) and that both Chris and Darren are both now on staff at Qlik – hopefully able to keep a watchful eye on their product.