Twelve months ago I wrote a couple of both posts looking ahead to QlikView.next. Now that I have seen the product (pre beta) it seems like a good time to update my thoughts here. 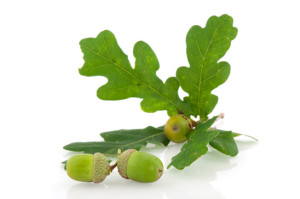 The previous posts were Whatever.next and Business Discovery London 2012 – and re-reading these now my assumptions and opinions remain largely unchanged.

The big differences between then and now are the launch of the QlikView.next microsite and the fact they are doing live demonstrations of the product.  I recommend you take a look at both – I was lucky enough to see the product at the Business Discovery World Tour in London this year.

I must confess that I had grown very nervous about what .next was going to deliver. As someone who tends to disable collaboration when publishing apps to the server the idea of encouraging users to do things themselves doesn’t sit too well with me. I should maybe do a post on my reasons for this at some point.

With the product still at an early stage of development I don’t want to divulge any specific features here. What I will say though is that I came out of the demo session with a big grin on my face. There are some very impressive features that I think are a game changer. To impress people in this age of dynamic web based content is difficult, but I believe that QlikView.next front end will be causing jaws to drop for many years to come.

The thing that I was most pleased about though is that the associative engine behind QlikView is remaining intact and the migration path from previous versions has been given due consideration.   The other major concern that I had which has been addressed is the ability to work offline – the way that the experience is identical whether you are connecting to a sever or working offline is particularly elegant.

The approach to bringing this new version to market still seems measured and sensible.  It may be quite a while before .next is fully out there, but as a user community we are being assured that when it does arrive it will be robust and ready to deliver business critical analytics to enterprises.  For now though we are having to make do with brief glimpses of the product – until such a time that invites are sent out for the beta programme.

One of the key themes of the development of this product has been that of Natural Analytics, and the way that users can interact with their data certainly does look like it will come naturally to just about anyone.

Having so much personally riding on the future success of the QlikView product set I am of course very nervous about its direction.  What I saw last week however has given me some extra comfort – and now I just want to be able to get my hands on it.