Neil is a meticulous Systems Support Manager dedicated to providing rapid reaction to business-critical issues. His twenty-plus years of experience give him the capacity to problem-solve on the fly, keeping your dashboards and infrastructure working and updating like they should. 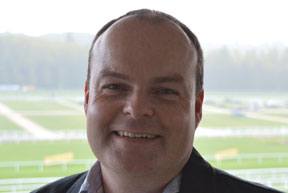 Neil is all about support. His banking history has engrained in him an acute awareness of the risk that poor IT delivery poses to customer performance, finances, and reputation. He demands stability and efficiency from the systems he designs and supports so as his client you are assured of maintainability.

Before joining the team at QI in 2011, Neil worked up extensive experience in the design, development, and support of IT systems in finance, manufacturing, and non-profit organisations, with out-of-hours mainframe support as his specialist subject.

Having gained his MSc with merit in IT and Archaeology, where his achievements include designing an Oracle SQL programme to analyse shipwrecks in the Med, Neil discovered that the banking sector needed him: in just one project co-ordinated by him he reduced batch failures and number of issues raised by 80% in two years.

Neil has been described as “a really nice human being to deal with”. He will infiltrate your organisation with his affable nature, and before you know it he will be listening to you, grasping your needs, and delivering exactly the solution you dreamed of, with full consideration for your budget and timescales.

Neil can speak Qlik, Vision Plus, and IBM mainframe to name but a few, but it’s his effortless communication with people from all levels of an organisation, local and remote, and his ability to translate technical issues to non-technical people that make his projects so successful.

During office hours Neil can be found delivering lightning response to clients coming through the QI Support Desk. If you see him with his head in his hands don’t be alarmed, it’s his thinking face.

Out of hours, Neil’s kids make sure he’s not bored by deploying his skills as a taxi-driver. To get his own back, Neil insists on family time involving golf, graveyards, and visiting historical sites.

Clearly Neil’s superpower is keeping his head under pressure, but he can also find you a parking spot on a busy Saturday afternoon.

Neil’s work at QI allows him the agility and responsiveness that he knows his customers want, and the opportunity to work daily with Qlik products, which he describes as: “the data analysis tool that works the way your brain does, allowing you to make connections between discrete data items that’s not possible in other BI tools.” Neil will fix your issues and help you to see the Matrix.