There may not seem to be a direct connection between these products, but Qlik’s new two-product strategy has got me thinking: perhaps they are more alike than you might think.

A Few of My Favourite Things 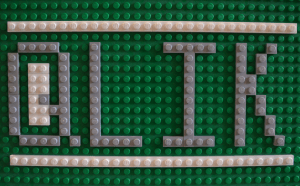 If you read this blog regularly you will know that I am a massive fan of QlikView, and am very excited about the future of Qlik Sense. You probably are not aware however that I also love Lego. As a child of the 80’s it played a big part in my childhood and now as a father of two it is great to see my children getting the same enjoyment from it.

There is something tactile about Lego and the simple act of snapping two pieces together, and having them fit together perfectly, is a joy.

Both Lego and Qlik have improved my life and can do the same for others. It seems only appropriate therefore to create a blog post that references both.

I have written a subsequent post that follows on to this one, relating to the opportunities presented by interacting with the API in Qlik Sense: Qlik Sense APIs, Mash-Ups and Lego. This adds a further dimension to the Qlik Sense / QlikView debate.

Guided vs. Self Service

With the release of Qlik Sense there appeared to be a bit of an identity / branding challenge for Qlik. Was QlikView being replaced by Sense? Why would you want the old when you can have the new? In a previous blog post I likened them to siblings: most parents would find it hard to admit they have a favourite child.

Qlik announced that the two products were there to fulfil two very different purposes; the Guided Analytics of QlikView and the true Self Service BI of Sense.

As a long-time QlikView developer (who has crafted many an application that guides users to discovery through designing a UI to encourage this) I can see that distinction clearly. I find myself constrained when building apps in Sense, but I can see it is perfect for those that don’t need too much hand-holding to discovery but want to build their own dashboards – without the complicated stuff that QlikView has under the bonnet.

A clear message had been given about why there was a two-product strategy and why you might choose one or the other of Qlik’s products.

But what has that got to do with Lego?

Lego has a long history with ebbs and flows in popularity during that time. One of the things that has split opinion is to what extent they should sell kits for which you should follow the instructions to a flawless creation, or whether Lego should only consist of primary coloured square bricks that don’t hinder imagination so that anything can be built.

The two experiences are very different. One allows the child (or parent on their second time around) to give things a try and see what they can come up with, it may work or it may just wind up looking a mess – but hey, at least it’s a mess you designed yourself! The other route gives a much more polished finish. Custom pieces allow the completed article to really look like what it is a model of and, providing you stay inside the lines of the instructions, you will get a toy you can enjoy and play with. 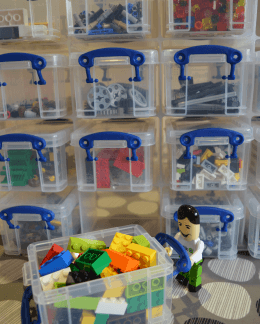 Personally I have always been a little irritated with kits purchased for my children where there are large bits of plastic that can only possibly serve a purpose in the model they were created for. I find this particularly frustrating when trying to recreate an old model and you have to locate the one piece in a box of thousands that will fit. That is even the case with my meticulously sorted Lego storage!

Just in case you were in any doubt of the two camps, Lego made it the primary theme of their Lego Movie; an epic tale of the struggle between the master builders who want to craft their own worlds and Lord Business who wants everyone to follow the instructions to a perfect creation.

Two camps are emerging with Qlik products also. There are those who like the ability to build whatever they feel like, with a vast array of blocks to choose from and not too much in the way of rigidity as to how they must be put together. For these Master Builders QlikView is the tool of choice. For those who want a more polished result, a responsive UI on any platform and a specific set of rules on how things must be laid out, Sense is the better choice.

A Question of Right and Wrong?

So, given that there are two distinct ways of experiencing Lego, and two different ways of building on top of the Qlik engine, is one of these ways inherently better than the other? Even though I have my preferences, in both Lego and Qlik software, I would say not.

The creativity that a bag of standard blocks can encourage is great, but without the launch of licensed sets, from the first Star Wars Lego kits to the recent Minecraft ones, Lego may not have survived as a company. It is these licensed sets that are now the money-spinners for the company.

Similarly, as a long term advocate of QlikView, I believe it can deliver on a diverse number of requirements and perform brilliantly, but then I have come across quite a number of train-wreck QlikView applications created by people that can’t harness the myriad of options that are there to make things look good and work well.

Sense on the other hand provides a framework so that everything is displayed in an orderly fashion; if a user follows the simple steps the output will look great. There are definitely cases where one product or approach is better than the other, but an equal number of times where the inverse would be true.

What I feel is important is that we recognise and embrace the differences, and make informed decisions about which product is right for the specific project (or to stretch the metaphor further, that present for your nephew’s sixth birthday).

The Best of Both Worlds

Sometimes with Lego the best creations and play can come from blending bits from various kits: the brand new X-Wing model can take off from a Hoth base constructed from assorted bits of Lego City houses long since destroyed (and a whole chunk of imagination). By only going one way or the other with Lego, various opportunities are missed – the same is, I believe, true of Qlik products.

At a recent event a number of developers were saying that they were keen to use Sense, but couldn’t see themselves moving away from QlikView for building scripts and generating QVDs. I would go further than this, saying that my tool of choice for building most things would still be QlikView, but for gloss and wow factor Sense certainly has the edge. By making the decision about which platform to go for based on the requirement and the audience on a case-by-case basis the best results will be achieved.

There are of course limitations to this, as separate hardware is required to run both Servers at present, cost is going to be a factor. As both products evolve and improve I would hope to see them play better alongside each other. As Lego has its universal system of studs, holes and geometry that means bricks from any set can fit with others, Qlik products are built on essentially the same associative engine. This should mean that taking objects from one platform to another is a possibility – perhaps Sense’s excellent Measure repository being shared with a QlikView 12 instance?

What is clear to me though is that, whether you have a large pile of brightly-coloured plastic or a licence to use a Qlik product there is a toy-box available to you that you can construct fantastic things with, given the right creativity or guidance.

Be prepared to give things a go. If it doesn’t work, break it up and start again, enjoy the process as much as the result and the possibilities are endless.

The same goes for Lego.